The last weekend in July is the annual Cave City Watermelon Festival. This year they celebrated 40 years of festivities!

Cave City, Arkansas, population of roughly 2000 people, has an annual watermelon festival that people come from miles around to attend. The one day festival started in 1980, with it’s first attendance totaling about 2,400 people. Today, the festival has grown into a three day festival and this years attendance topped close to 12,000 people.

The watermelon festival celebrates the “world’s sweetest watermelons” with games, music, food, a 5k, shopping, and of course WATERMELONS!!

Even though the festivities started on Thursday evening, we made our way into town Friday after work. John and I walked around deciding which food truck to eat from, deciding on one with burgers and fries. We ran into a few of his high school friends and talked with them before sitting down to eat.

After real food it was time for some dessert. There were so many options, but I went with rolled ice cream since I’d never had it before. I got the caramel fudge brownie and it was DELICIOUS!

We stuck around for awhile listening to music, the main concert of the night was put on by Shenandoah, famously known for singing “Two Dozen Roses”. 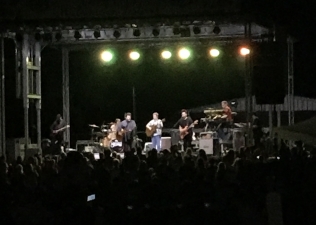 As part of advertisement for the watermelon festival, a few locals got together and made a parody of “two dozen roses” and instead called it “the world’s sweetest melons”.

We spent the evening at my mother-in-law’s house along with John’s sister and her family. We all got up and headed to the festival parade in down town Cave City. We stood on the corner of the only stoplight in town, and watched as multiple floats, cars, tractors, and horses passed by. 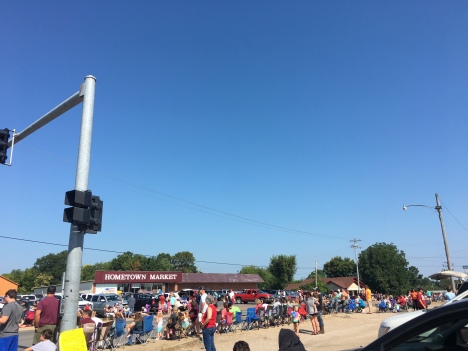 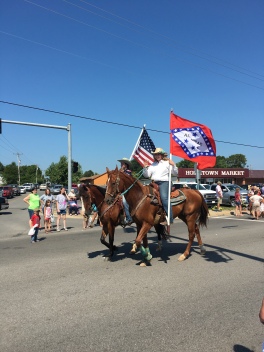 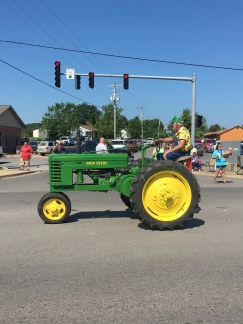 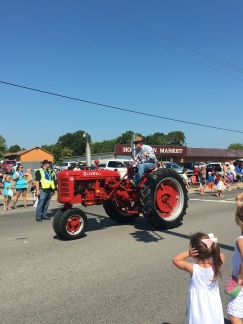 Our nieces, ages three and eight, collected candy as it was thrown from the parade and enjoyed watching. Seeing them have fun made it that much more enjoyable! 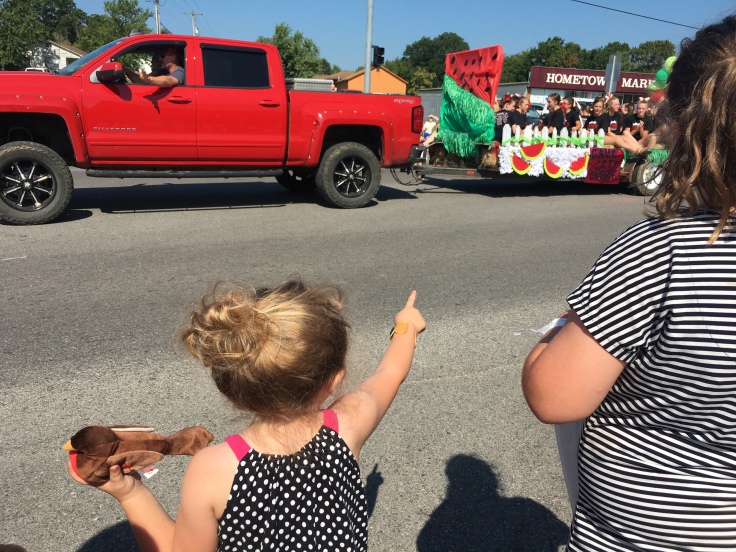 Following the parade we headed back to the house and cooled off while eating lunch. John and I decided to go into town and get some watermelons after lunch. Chloe, the three year old, absolutely insisted she go with us and help so of course she got her way.

She kept telling me she could pick up watermelons and help Uncle John carry them, and I simply said “no, they’re too heavy for you”, to which she responded “I’ve got muscles, I’m strong.” So she walked over there to them and gave it a good try, but we ended up settling on eating some watermelon instead of carrying them. 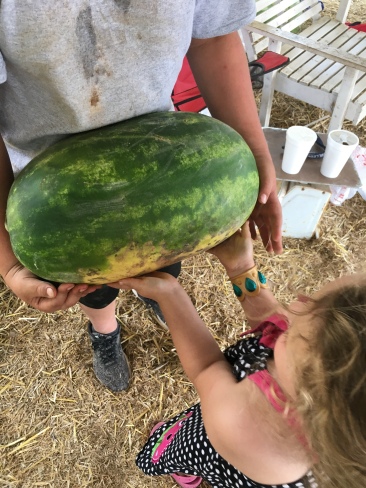 Next, we headed back to the house to pickup our other niece and took them both to the festival! We walked around for a bit, and visited with more family we saw. The girls wanted some dessert and I did too. They got Italian ice, which was phenomenal, and I got some fried Oreos which I knew I loved! 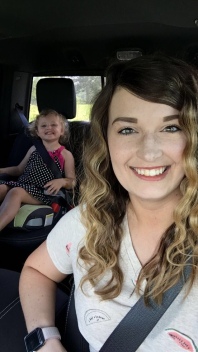 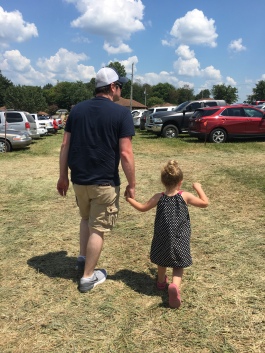 Afterwards, we dropped the girls off and picked up our girl (Abby, our fur child) and headed back home. We had a prior commitment and couldn’t stick around for night two, featuring Mark Chesnutt as the main concert. (You know, the guy that sang “Bubba Shot the Jukebox”).

John worked watermelons for 7 years on summer breaks during high-school and college, so he definitely knows a thing or two about them. The year we started dating was the last year he did watermelons. That summer it was harder to see each other because he worked 7 days a week from sun-up to sun-down during season. I say all that to say this: the Cave City watermelon farmers are dedicated and have a passion for what they do. They spend countless hours prepping, caring, and harvesting these melons.

There is an official registered growers list in Cave City, and those registered growers get special stickers for the melons to prove they are without a doubt Cave City Melons. It may not sound like a big deal, especially to those not from that area, but there are people in neighboring towns who will falsely advertise their melons as “Cave City watermelons”. And people look for that sign around there because Cave City watermelons are, as I said before, the “sweetest in the world”. 😉 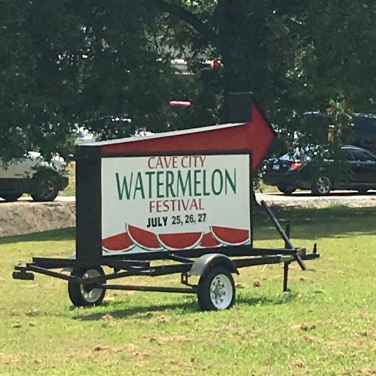 If you’re ever in the area during summertime, I highly recommend stopping in for a watermelon. For more information on the festival, the history, registered growers, and more, check out their website here.

“She said we got a hundred gallons of sweet red wine, made from the biggest watermelons on the vine. Help yourself to some but obey the law, if you drink don’t drive do the watermelon crawl.”       – Tracy Byrd

🌺S🌷U🌼N🌹D🌸A🌻Y💐
🔅Happy Sunday🔅
Hi friends 👋
You know what they say, everything is bigger in Texas. ⭐️ And they aren’t lying when it comes to their capitol!
Happy Sunday ☺️
Happy Monday! 💛 I can’t believe it’s about to be July already.
Follow On the Rhoades Again on WordPress.com
Loading Comments...
%d bloggers like this: